I’m a new cyclist, I started this summer. I put about 600 miles on an old Schwinn Traveler road bike that served me well but I fell in love with riding so much I wanted something new and a little lighter. I had four requirements for a bike. I wanted something I could ride on the trail that takes me to work, I wanted to be comfortable on it for a long time, I wanted a bigger cassette to help me with climbing a bit, and I wanted to be able to go fast.

I settled on the Specialized Roubaix pictured below. 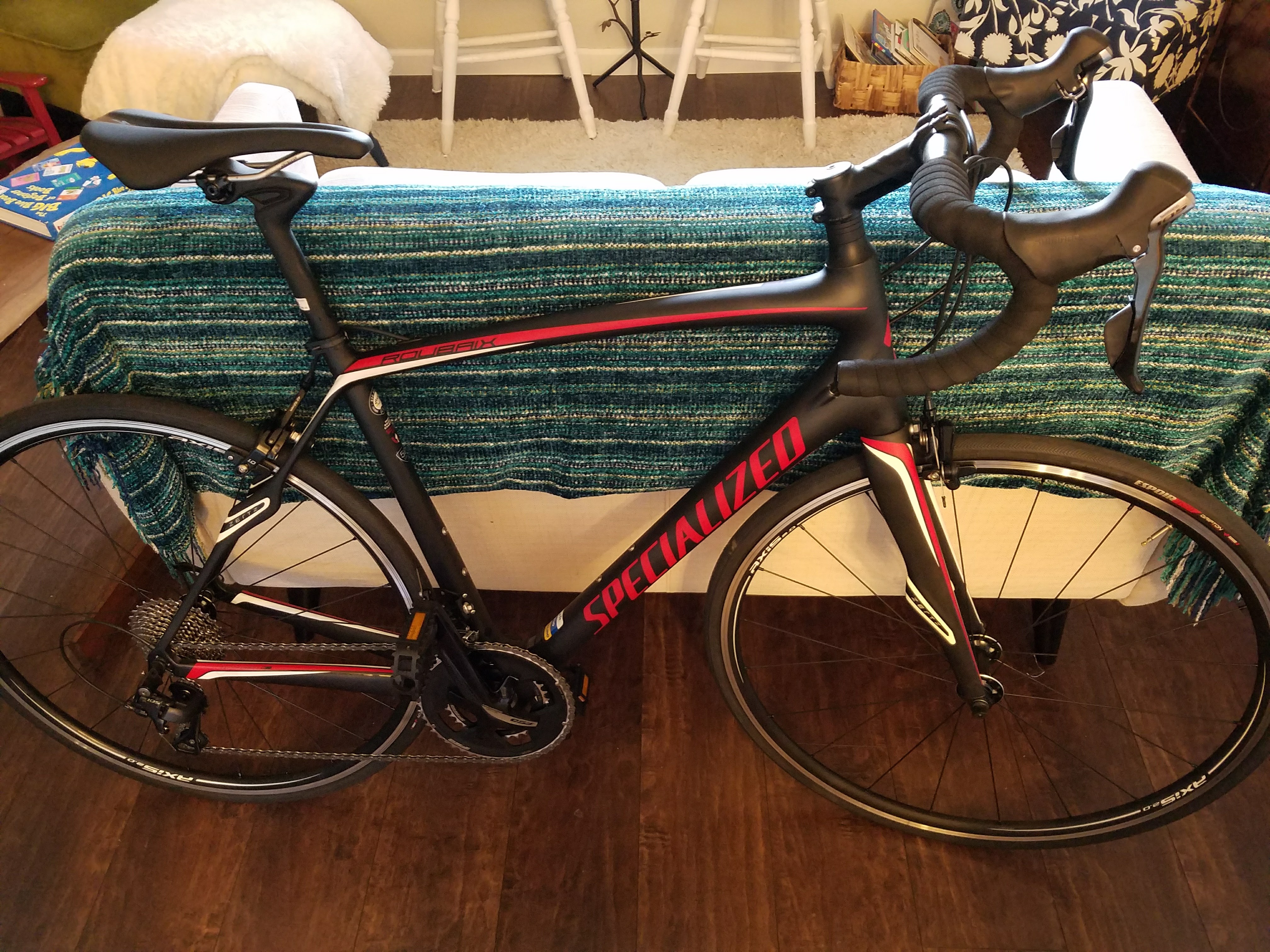 I was looking at it, the Cannondale Synapse, and the Giant Defy. From what I had read an endurance bike was definitely what I wanted. I got a deal on a Specialized Roubaix 2016 SL4 Sport which is a full carbon road bike with a Shimano 105 Groupset. It had an FSA 50/34 crankset. I was probably going to get the giant but my LBS had the size that fit me for 1300 which I thought was an incredible steal. Now on to my requirements.

I ride on the Santa Fe Trail in colorado springs to get to work. It’s mostly hardpack gravel which is easy enough on 25mm tires but it does get really sandy at some points and slightly rough/rocky at others. Here are a few pictures of what the trail looks like. I found the bike handles it no problem. Tires are obviously a big deal here and while the stock tires on the Roubaix arent my favorite they handle the trail no problem. I don’t feel like I’m slipping too much and the bike definitely doesn’t feel like anything on the trail is going to damage it.

As far as the comfort area I was blown away by how comfortable this bike was. My LBS obviously did a fit and I went a pretty non-aggressive setup as far as the stem. It may seem like I have it kind of tall but even after some of the 30+ mile rides, I’ve done it feels pretty solid. My big test for the bike was I rode it to work every day for a week. For many of you, that isn’t a big deal, but the route I take to work is 20 miles and sometimes I do a different 15-mile route home. Even on Friday, when every inch of me hurt from the 35-40 miles a day I was doing the bike was still very comfortable. No back pain or neck pain at all.

Climbing this bike has been great. I thought a bigger cassette(11-32) would help me in my climbing more than it did. I was initially disappointed that my times didn’t improve as much as I was convinced they would, but I quickly saw my times go up. The difference was a little help from the 32t gear but much more from having 11 speeds and the very smooth shifting 105 groupset. I didn’t think I would care about having 11 speeds but pacing some of the climbs around here I found it very helpful. I also found being able to shift down with confidence during a climb to really help me have confidence. No slipping or jumping around at all.

As far as fast goes, I did find the stock tires on the Roubaix a little disappointing. The tires don’t “feel” very fast and while I don’t have a good measure of this I just feel like the bike has more to give than the tires are doing. I’ll ride them until they wear out and then I plan on getting a commuter set for my current wheels and then a new wheelset with racing oriented tires for non-commute/non-gravel days. In general, though the greatest thing limiting my bikes performance is speed.

In summary, this is a very comfortable bike that is leaving me a ton of room to grow as a cyclist. I love how comfortable it is. The name Roubaix is well given to this bike as I’ve ridden over very rattly terrain and have felt very comfortable and confident on the bike. Other than the tires the only thing I would change is the seat didn’t have as much adjustment room as I’d like. It was a little limited but the LBS figured it out with me. This is a bike I’d recommend to anybody who doesn’t need a full on gravel bike but might go a little offroad from time to time.